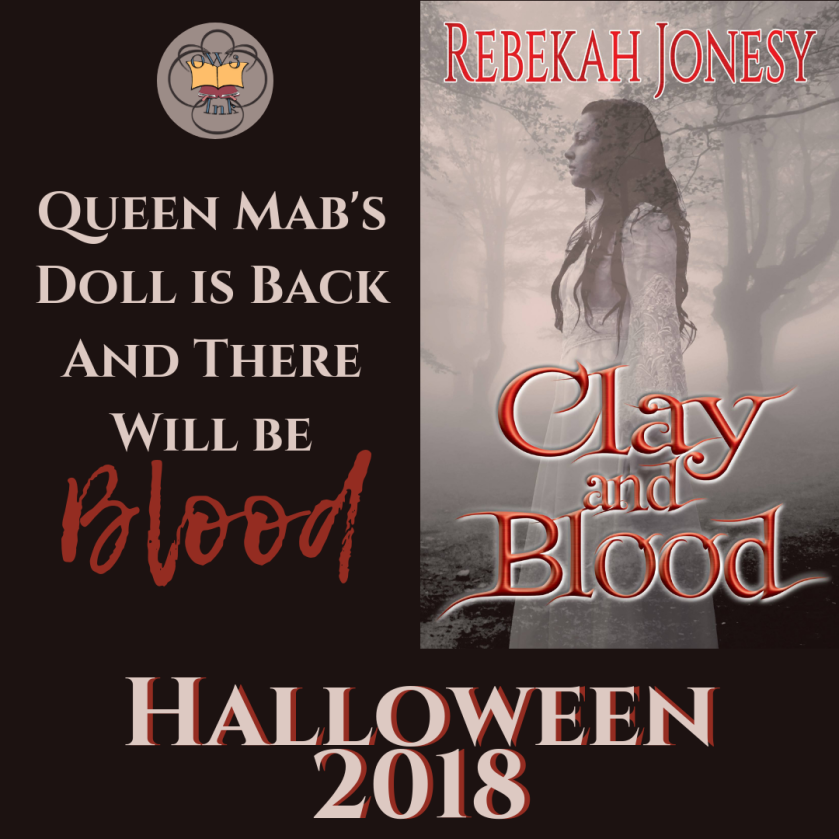 My computer decided two weeks ago that it no longer wanted to live, so I ended up a little behind in my posting schedule. Without further delay, here’s a belated review of a Clay & Blood, the sequel to Moss & Clay. The name of the books comes from Gillian’s singular origin story. She’s a golem built by Queen Mab whose clay was mixed with blood to give her life.

What is Clay & Blood About?

Gillian Gilchrist has no time to rest after completing her first missions for Queen Mab and the goddess Danu. There is still the cleanup to do, and that’s how she finds herself following the trail of devastation left by a rogue fae.

Somehow, this one moves through the trees without leaving any trace of its passing, except for the tattered and bloody clothing of its victims. In the dark woods, Gillian can’t tell if the culprit she is tracking is insane, sick, or simply acting out its true nature, but she knows that the only way to find out is to track it, capture it, and question it.

Unfortunately, that means following the scent of the victim’s blood soaked into the soil.

What I Thought of Clay & Blood

Where Moss & Clay was a “whodunnit” (or really, “whatdunnit” in world of fae and magic), the sequel is more of a “whydunnit.” This affects how the plot progresses, making it more a traditional mystery and less of a supernatural police procedural like the first book. After a scene where they are reacquainted with Gillian and her Kelpie companion, the reader sees the crime firsthand. Though the species of fae isn’t specifically mentioned when you first meet her, anyone that knows a little about Celtic mythology will be able to guess. Then, it’s a matter of figuring out what went wrong and why the fae is murdering people.

Where it differed from a traditional mystery was that the reader was not privy to all of the same information as the “detective.” Because Gillian can pull memories from the lives of both her “parents” at will, she sometimes had epiphanies the reader couldn’t possibly have been able to make themselves. This may be a turn off for people who are more used to solving the mystery and being part of the action right alongside the main character, which is often what mystery readers seek. With this kind of genre-blending story, it is certainly a challenge to make readers of both genres equally happy.

The approach to the point of view is also a bit different in this book than in the last. C&B was geared more toward omniscient with the reader inside the minds of both Gillian and the police officer running his own investigation at the same time. In the sequel, the story is split more distinctly between Gillian and the rogue fae. Kayla’s been driven mad partially because of her isolation, so this approach fits with the character.

Plus, she is completely unhinged, and her scenes are delightfully disjointed and her voice is childlike despite her great age. I felt that her chapters were the strongest in the book, and I looked forward to them. I can’t say I was actually persuaded to “root” for the dryad (pun definitely intended), but I certainly enjoyed reading about her. As with the first book, this is a pretty short read and a great way to kill an afternoon.

I received this book as part of the Clay & Blood blog tour. I featured a character spotlight on Gillian’s mom, Queen Mab, last week. And you can find more reviews, interviews, and guest posts below.