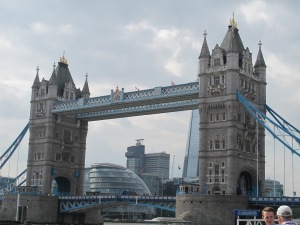 Due to increased commercial activity along the Thames in the 19th century, the city of London needed to create bridges to allow access to both sides of the river without hindering the approach of tallships like the Cutty Sark (see above). To accomplish this goal, a committee was formed in 1877 to decide on a design for either a tunnel below the river or a bridge that allow traffic to cross over the water. More than 50 designs were considered before Sir Horace Jones’ hydraulic drawbridge was chosen in 1884, which took 10 years to complete. You can see some of the design submissions here.

Though the bridge has two towers built on foundations sunk deep in the river bottom, the name Tower Bridge comes from the nearby Tower of London. The bridge gets its strength from a steel skeleton, but the designers also used Portland stone across the facade to add a cosmetic touch. 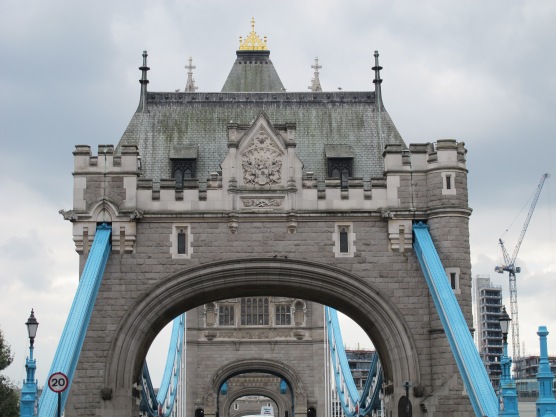 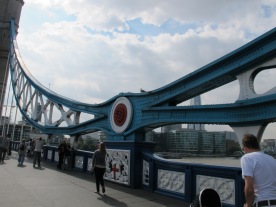 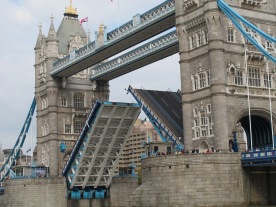