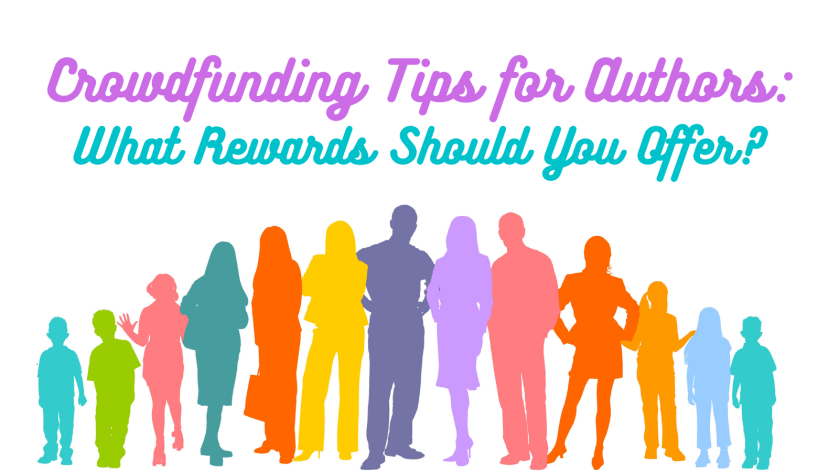 We’ve taken a look at some different crowdfunding platforms. These platforms may each work a little differently, but one thing they have in common is that you offer rewards to your campaign backers. So let’s take a look at options that I’ve been able to use effectively during past campaigns.

Over this series, we’re looking at:

Read up on the Rules for your Platform

First thing’s first. Make sure you know the rules for your particular platform. Generally, if you produce the reward yourself, most things are fair game. “Producing yourself” doesn’t mean that you can’t use another company to print books, for instance. But you can’t offer something like, say, a mass-produced item that hasn’t been altered in any way by you, the creator.

Also, you can’t offer booze, firearms, or pornography (even if you make it yourself <wink, wink>). You also can’t offer things like raffle tickets that offer an opportunity to win a prize but don’t guarantee a reward. Crowdfunding campaigns are different than stores, but you do have to be able to offer a specific reward in return for a pledge.

That still leaves a LOT of possibilities. So, let your mind run wild when you are thinking about what you could offer in addition to your book. (I’ve also got some ideas below.)

The most important takeaway from this whole series: Don’t ONLY offer the book itself as the reward. (And no, two different formats for your book don’t count as different rewards.)

Over and over again, I see campaigns flounder and fail because the only thing the writer offers is the finished product, and often for the same price they would sell it for after it is published. Though I can understand the logic of using the campaign like a pre-order system (and it can work out that way), it isn’t usually enough to bring in the backers you need. If you already have a large following, or are aiming for a very small goal such as just the cover art, you may be able to get away with this approach, but variety really is the spice of both life and crowdfunding campaigns.

Instead, try to come up with special rewards that only YOU could personally offer. Though it may seem counterintuitive when seeking funding for a publishing project, you will get more backers if you don’t only offer written rewards. An additional short story set in your world is great, but it won’t help you get the attention of people who are on the fence about your book to begin with. For instance, my mother isn’t a fan of fantasy, but she does like the color blue. If you offer something pretty and blue, she might back your campaign whether or not she ever reads a word you wrote.

It is totally fine to offer one-off rewards. You don’t have to be able to distribute 20 of something. A one-of-a-kind thing or experience is totally fair game. Just be careful that you don’t have to so many reward tiers that people can’t find what they want. We’ll talk about tiers in the next post.

Create Rewards for Every Budget

Keep in mind that if you offer your book at a pledge tier that’s the same price you will eventually offer it for wide release, you will still need to pay fees to the platform or setup fees for printing orders. So you may not end up that much better off. In addition, you’ll have to take care of all the packaging and shipping yourself, so you will actually have to charge people more for getting a printed book through your campaign in order to make ends meet. This can be a deterrent for some.

Another downside of only offering your printed book as the reward for backers is that it can be too expensive. Right now especially, money is tight for a lot of people. More than likely, you’d need to offer a novel at no less than $12, plus $7 shipping through USPS, so that is almost $20 to support your campaign. I usually include a very low-cost tier, maybe even as little as $1, to act as a sort of “tip jar.” That way, if someone wants to see you succeed but can’t afford your other rewards, they can still show their support.

The average pledge on a Kickstarter campaign is $25, but that doesn’t mean the average backer pledges that amount. It means that the pledges average out to $25. Offering higher tiers can help you reach that average even if the vast majority of your backers choose something low. 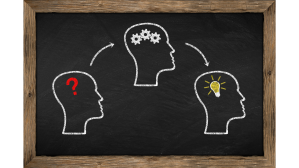 Getting By with a Little Help From my Friends

A crowdfunding campaign is also a great time to ally yourself with other creators. For one of my campaigns, I got together editor friend of mine. She is looking for credits as much as she is money, so we came to an agreement where she is getting less than industry rates for the opportunity to have her name on both books, and she gets to order copies at a lower rate. This means she’s free to sell her them and keep the profits herself. Everyone wins.

Your author friends may be interested in offering their books in limited quantities as additional rewards for your campaign, especially if you already start out by talking about how to return the favor at some point in the future. Artist Nathan Lueth, who did three of the illustrations for Fairy Tales Punk’d, approached me during his last campaign and asked if I would be willing to provide a few sample chapters as a reward for his backers. This time around, he’s giving me comic pages for the same kind of thing.

I was also lucky enough to have people in my author network who are adept at sound recording and editing. This meant that we were able to offer an audio book option as a reward during my last campaign. Once again, this is a person who is hungry to get themselves into the game and willing to help out the campaign with their expertise in order to add to their portfolio. Plus, an audio book is an AWESOME reward to offer because as a digital reward, there is no additional shipping. He approached me and offered to do the work when we were talking about the campaign.

But please, PLEASE do not approach someone you don’t know and ask them to work for free. The ideal situation is to pay everyone for their time and effort, and you should assume that is going to be the case unless you come to some special agreement. In all cases for me, the other person offered to do the work for a lower fee or for free because they thought the project was cool and/or they would gain experience. So don’t be shy about telling people what you are planning to do. They might surprise you with their offers of aid. Just make sure you are also on the lookout to help out other people when you can.

The rewards you want to offer will also be a big factor in setting your budget. Rewards come with their own costs, plus you’ll need to ship them out if they aren’t digital. So in my next post, we’ll be taking a look at how to decide the worth of your reward tiers based on your budgeting needs and the psychology of crowdfunding.