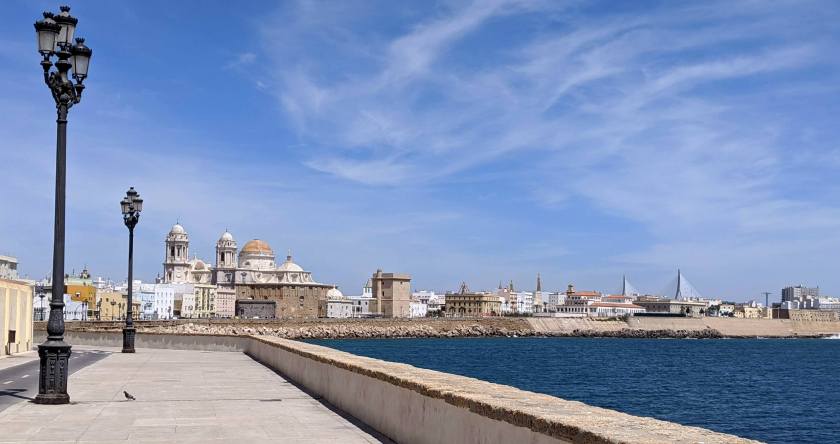 We hit a little snag the morning of Aug 3 when we were leaving Zahara de los Atunes. The plan had been to visit some Roman ruins, but I hadn’t accounted for it being a Monday. This was a bummer, but it also meant we got a little more time in Cadiz on our way to Jerez de la Frontera.

Cadiz was once an island, but it is now attached to mainland by both a narrow land bridge and an impressive suspension bridge. Because of its location, it was an important military site for much of Spain’s history. Nowadays, its appeal mostly has to do with the beaches, which were bustling.

We arrived around lunchtime, and that’s when snag #2 happened. There’s a really cool sounding gastromarket, so we parked nearby. Unfortunately, right now at least it is only open for dinner. We grabbed a quick beer at one of the only stalls that kept daytime hours and made a new plan, one that involved some much needed shopping. 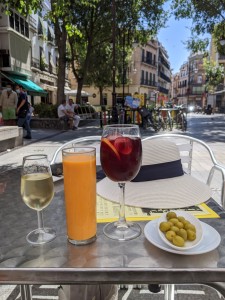 The Mister especially needs a good field hat for the times he is working on an archaeological project. I have one too for when I visit. They are very functional, but not at all attractive. So, we decided it was time for an upgrade. Lightweight hats made of straw and other materials were abundant in the shops, and we were so happy to have them for the rest of the trip. I opted for a 40’s film star style floppy number, and The Mister got a funky fedora.

And we didn’t just love them  for fashion reasons. Wearing a mask in 100+ heat is already sub-optimal, but throw a pair of sunglasses into the mix and it’s a steamy mess. The hats meant we could go sunglasses-free, and it made a huge difference for our comfort. Speaking of the heat, we also picked up some fans. These were a lifesaver once we got further inland where we couldn’t depend on the sea wind to stir the air. Plus, they made great souvenirs for us and our friends.

Not Your Average Shrimp Scampi

As you probably guess, there were a ton of seafood restaurants in town. Cadiz was the first of many places where we encountered a rather ingenious Covid safety measure. Rather than using printed menus, each table had a QR code. Scan it, and then you’ve got the whole menu saved to your phone, often with the option to choose different languages. Though translations don’t always do things justice… Enter: “Shrimp Scampi cooked in the traditional Cadiz way.” 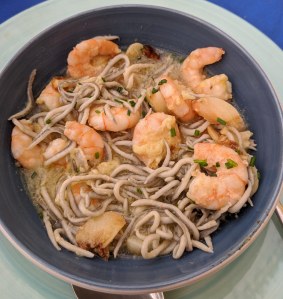 The shrimp were fresh and plump, the broth was delectably garlicky, and the noodles were…different. I’d suspected something fishy, but it was so yummy I figured it didn’t really matter. It wasn’t until a few days later when we explored a grocery store in Seville that we learned the truth. Those “noodles” were actually baby eels. I regret nothing.

The other dish we got was Dorado Espalda, and I thought I knew exactly what that meant. Dorado is the Spanish word for sea bream, and Espalda means back. Other times I’ve had this dish with different types of fish, it was split open after cleaning so it was grilled flat for a few minutes on each side. Instead, what we got were two poorly scaled fish THAT STILL HAD THE GUTS INSIDE. Ick! Fish guts are bitter and ruined the taste of the flesh. Not sure if this was another local variation, or something to with not being able to get good help these days. But at least the baby eels were good…

…or rather, ocean. At this point, we had left the Mediterranean far behind us and were well into Atlantic waters. The water was deep and the waves were big. Having grown up around lakes, I am not much of an ocean person in general. Sure, I go in as deep as my ankles given the opportunity, but honestly, the ocean freaks me out. There are a lot more things living in it, for one thing, and those things are on average more dangerous than the little sunfish in the lakes of MN. And here, there was also the power of the waves. 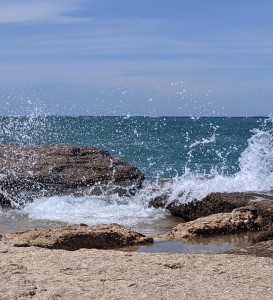 That didn’t stop other people from enjoying the beach, though. The main beach of Cadiz is flanked by a pair of old fortresses. You have to walk along a narrow pathway out into the water, and these pathways were also full of happy families and canoodling couples. (Sorry, I didn’t really take many pics of this area. In addition to feeling weird about taking photos of strangers in general, many of the women were topless.) We spent a little while perched on some rocks and listening to the waves before we hopped in the car to head to Jerez de la Frontera and one of the best evenings of the entire trip.

So, that’s where we’ll pick up next time! If you haven’t had a chance to read about our first couple of days on the trip, you can check out those posts here. Or head on to the next post. 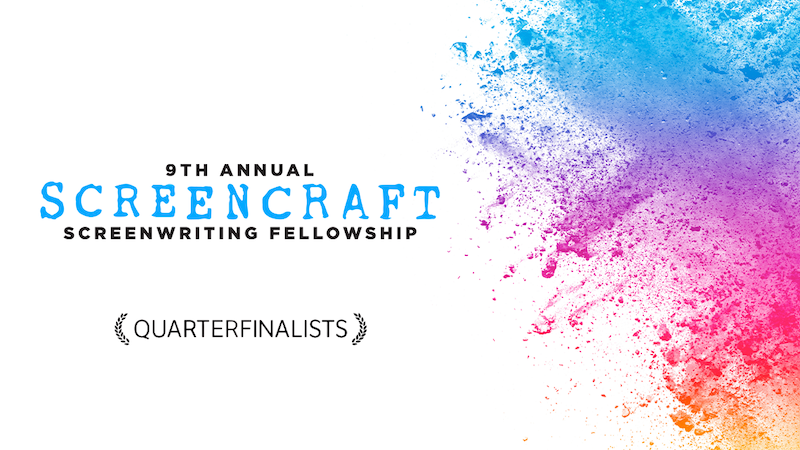