Hello sci-fi and fantasy book lovers! It’s time again to crawl inside an author’s brain to learn about the world they’ve created and how it came to be. Our guest today is Gary Ruse, and here’s a little background about him. 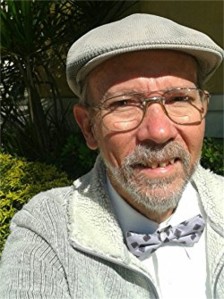 “I’ve been a professional science fiction and fantasy writer since the 1970’s. The idea for this book began back when I was in college and was going to be a short story or novelette, with more adventures to follow, but then I decided to group the episodes of the saga into one epic novel. I submitted the first third of it and an outline of the rest to NAL/Signet Books editor Sheila Gilbert and she bought it. I completed the rest of it in a little less than a year, while still working my day job.”

Before we dive in to the nitty gritty, what is MORLAC: The Quest of the Green Magician about?

Morlac is the central character, transmuted from a Green Sea Turtle into human form, with the mind of a deceased human warrior.  Conjured from the sea by the dark magic of the Green Magician to defend their village from invaders, Morlac is a being tormented by his own dual past, and under the spell of the wizard’s wicked daughter, Kadrana. Can he save them all…and himself?

His journey across exotic lands, armed with his magicked sword “Shark” and his shell shield, is an epic sword and sorcery adventure. Tormented by conflicting memories, Morlac is at war against his own nature as much as the multitude of enemies he faces in his homeland and beyond. Searching for his own identity as well as for the sorcerer who abandoned him, Morlac encounters new friends, dangerous enemies, many exotic lands and supernatural terrors. Morlac is involved in a romantic triangle with the Green Magician’s daughter, Kadrana, as beautiful as she is dangerous, and Glendauna, a young woman Morlac later meets who is a Durkesh Warrior with a dark secret of her own.”

What are the main differences between the “regular world” and the world of your story?

The story’s world, “Norda,” is essentially an alternate dimension version of our Earth in the past, with a number of differences, including the fact that magic works and plays a key role in the action and the culture. There is a North Kingdom essentially like the medieval British Empire, and a Phaedrocean Empire similar to the Roman Empire.

Does language play any role in your world? Does everyone speak the same language, or is there a variety? Did you invent any new slang or terminology during your world-building process?

There are different languages in different lands and cultures, but for the sake of reading everyone is essentially speaking in English. The language style is keyed to the time period, a bit more elegant than modern speech, a touch Shakespearean. I avoided slang, although there are some coined terms for things that only exist in the story—like “Watch Devils” (small ghostly manta rays that swim through the air in a castle to guard against dangers to the wizard who controls it) and “Sink Rock” (a gravel moat around another building that looks safe but acts like quick sand to the unwary).

What kinds of climates/natural phenomena/environments do your characters experience? Do they move between locations often or stay in one place? Has your world always had this kind of climate, or has it changed over time?

“The climate in Norda hasn’t changed really, but there’s a wide range of climates encountered by the characters since they travel a lot, everything from wintry realms to near tropical Mediterranean balminess.”

Is there any kind of faith system in your world? Myths and legends that inform the setting or characters? Did you draw inspiration from any real cultures, living or dead?

It’s an essentially pagan environment, with myths and legends patterned after classic Greek and Roman mythology, with a touch of Old German thrown in as well, but with different names and other changes. It’s a world in which wizards rule, some good and some evil, a number of cults and despots. It’s all driven by the story plot and the characters.

What do people in your invented world do for fun? Are there sports, games, music, or other activities they do in their free time?

It’s a fairly grim world for my characters in their situation, but there are moments of fun in taverns and one of the tropical cities, and at the almost utopian village at the end.

Are there any interesting creatures in your world?

There are monsters, some real, some only illusions. A few demons. A beautiful female werewolf who is seeking an end to her family curse. A giant carnivorous rat. The ghosts of an entire city destroyed by a vile spell that misfired. An army of re-animated corpses. Metal centaurs brought to life as guardians for a wizard.

Is there magic or some other kind of mysticism in your story? Are there rules that must be followed?

Definitely magic, and lots of it. There are spells and counter-spells that do have rules, and one key spell with rules that is at the core of the plot, There have to be rules and limits, otherwise there is no conflict…no drama…if anything can happen and the heroes are never truly in jeopardy, then there is no suspense. 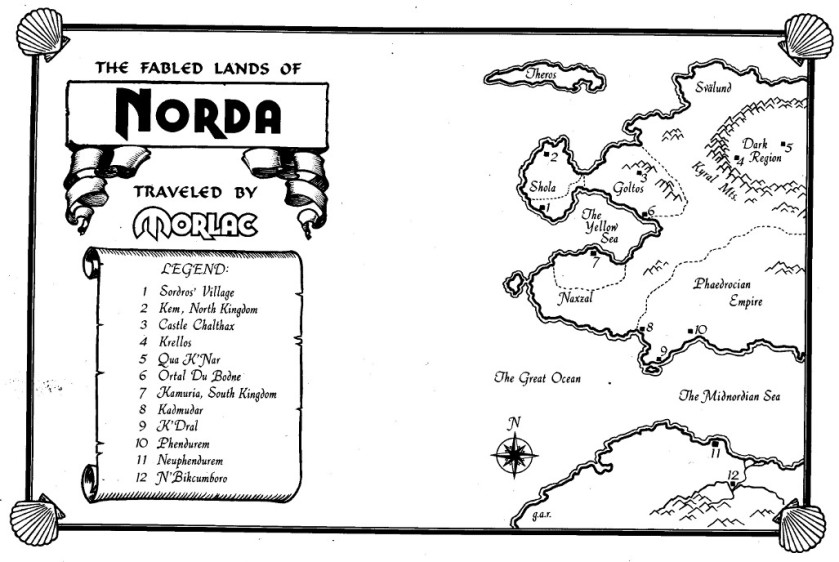 What usually comes first when you have an idea for a book, the main character, the plot, or the world/setting?

Usually it’s a combination of the main characters and the situation they are in, the basic “hook concept”, then I build everything else around that.

When you build a world, what is your process like? Do you do a lot of research upfront, wing it completely, or something in between?

I start with the concept then do research, initially and then along the way as needed. I draw maps to get a better idea of how to describe settings, or understand the journeys needed and how the characters would likely interact with the world around them.

How central is the setting of your story to the story itself? Is it more of an interesting backdrop, or is it integral to the events of the story?

It’s both a backdrop to the story and integral to the events.  They can’t really be separated.

When helping the reader get to know the world you built, what techniques do you use?

I don’t like glossaries that get in the way of story flow, or tedious exposition that gets boring, so I work the background details into the narrative and dialogue. The readers learn about the world as they go, in a clear and direct way, and it all builds on what they have encountered before and on foreshadowing.

Do you have any specialized training or background from your “real life” that has informed your world-building?

I have an art background which helps, and as both a civilian and in the military I have traveled to a number of places and climes around the world, so that helps me make my fictional world more real.

How do you keep all of the details of your world and characters straight? Do you have a system for deciding on different factors and keeping it all organized, or does it live more in your head?

It mostly lives in my head, even over decades, although I do make notes about details or scenes I think of and want to include. And the maps help.

Did you experience any difficulties while building your world? Any facts that refused to cooperate or inconsistencies you needed to address while editing?

No, not in this case, although some of my other book projects that required reworking while writing. During editing, never. That tends to happen more when people just wing it, and write themselves into a corner.

Where can people find you on the web?