The enigmatic Captain Nemo made his first appearance in Jules Verne’s science fiction classic, 20,000 Leagues Under the Sea (1870), which takes place in the late 1860s. Little is revealed about the mysterious figure besides his hunger for scientific knowledge and his rejection of imperialism and by extension, most of the world above the ocean. He and his dedicated crew exist “below the law” by rarely stepping foot on dry land and aiding those oppressed by imperialism. In the second novel featuring Nemo, The Mysterious Island (1874), he tells a group of castaways that he is the son of a raja named Prince Dakkar and that he lost his family in the First Indian War for Independence against the British (1857). After the death of his loved ones he goes into hiding and embarks on secret scientific research, culminating in an electric submarine called the Nautilus.

۞ Nemo means “Nobody” in Latin
۞”20,000 Leagues under the sea” is often interpreted as the vertical distance down into the depth of the ocean, but it is a slight mistranslation of the french title “Vingt mille lieues sous les mers” where mers (meanings seas, plural) was translated as “sea.” It is meant to indicate the horizontal distance traveled under the water, not the depth of the water. 20,000 leagues is 6 times bigger than the diameter of the planet (each league is 4 kilometers).
۞ In the original manuscript, Nemo was a Polish noble whose family was killed in the January Uprising (1863-1865) by Russian oppressors. Fearing a blow to sales (as well as insulting France’s ally), Verne’s editor asked him to change the character and keep the details shadowy.
۞ Though he is an Indian prince in the final iteration of the novel, Nemo spent most of his formative years in Europe so he speaks with a British accent (he admits to speaking French, Latin and Gerrman as well).
۞ And though he hates the imperialist nature of European nations, the Nautilus is full of treasures from around Europe including an organ which Nemo plays masterfully. There is also a substantial library on board to feed his scientific pursuits.
۞ Nemo has a brief appearance in one more of Verne’s works, a play called Journey Through the Impossible. The play was not published until 1981 after a handwritten copy was discovered in 1978. The first English translation was completed in 2003.
۞ There was a real submarine called the Nautilus, which was designed by an American inventor living in France named Richard Fulton. It was developed in the late 1700s and was powered by a hand crank.

Captain Nemo has appeared in various adaptations of Verne’s novels, but few of these belong in the Steampunk canon. For instance, the 1954 film adaptation is heavily influenced by the style and politics of the era, and some important details are changed (for instance, the Nautilus runs on nuclear power rather than electricity). You can find a full list of Captain Nemo’s appearances here, but for the sake of this post I am focusing on the versions of Nemo that fit firmly into Steampunk.

For instance, Alan Moore’s graphic novels (and the film adaptation) featuring The League of Extraordinary Gentlemen. In this series, Nemo is much more callous, even bloodthirsty, than the original character. Verne’s Nemo saved whales, Moore’s Nemo mows down people with machine guns (Volume 1).

Captain Nemo also appears in The Other Log of Phileas Fogg, a 1973 novel by Philip Jose Farmer. If you haven’t guessed it, this is a crossover novel that takes place in the world of Around the World in 80 Days but incorporates (or rather co-opts) characters from other novels like Sir Arthur Conan Doyle’s Sherlock Holmes series. In Farmer’s account, Captain Nemo is better known in some circles at Professor Moriarty.

Kevin J. Anderson rewrites Captain Nemo’s history (and brings a childhood spent with Jules Verne into the mix) in his novel, Captain Nemo: The Fantastic History of a Dark Genius (2002).

Check out my gallery below for various versions of this Victorian antihero and other steamy sea captains. 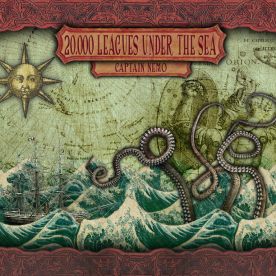 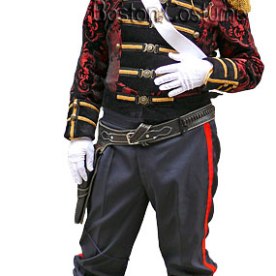 Disney featured Nemo in an old comic, World of Adventure 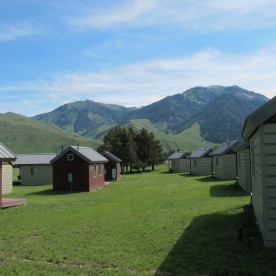 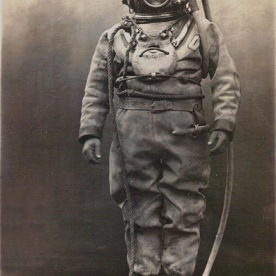 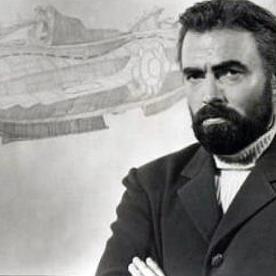 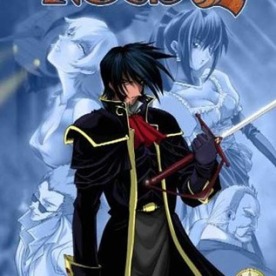 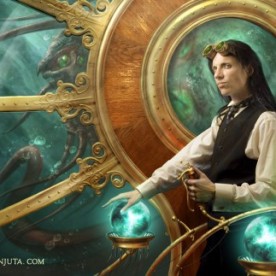 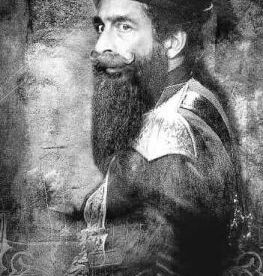 LoEG Nemo in black and white 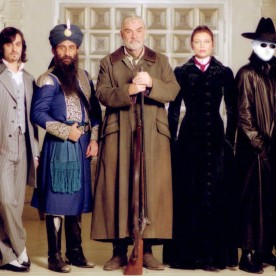 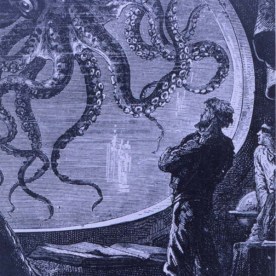 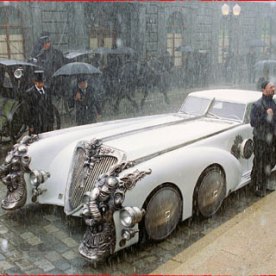 In League of Extraordinary Gentlemen Nemo has an awesome car 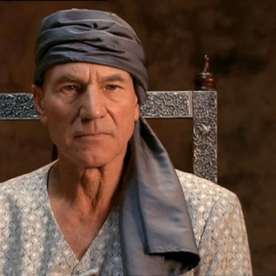 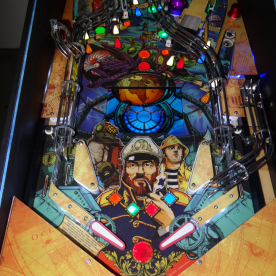 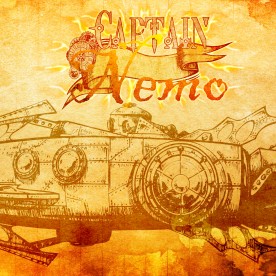