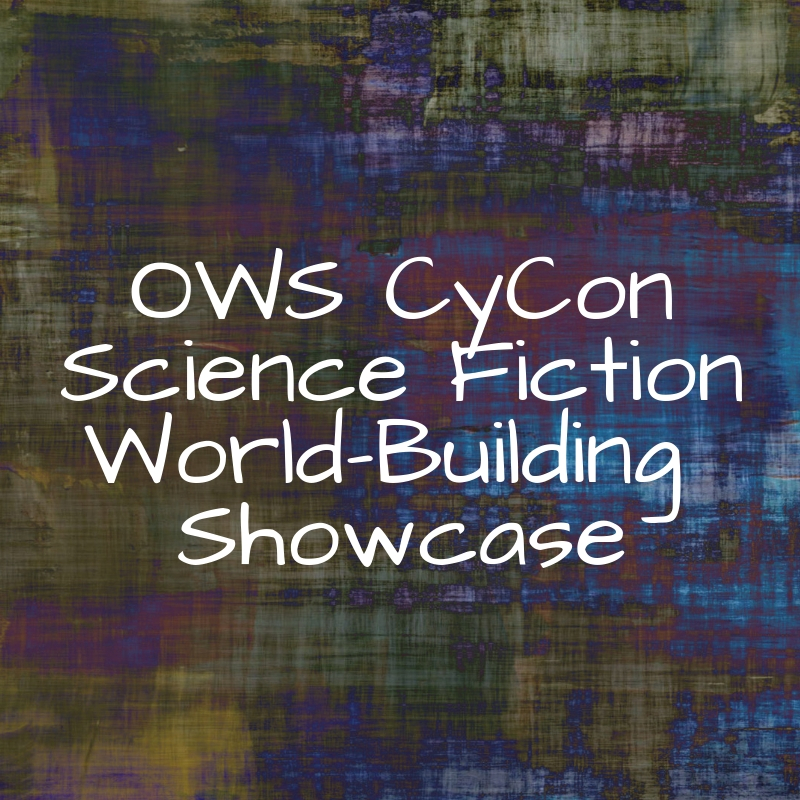 During OWS Cycon, we’re highlighting stories where the world changes or ends as we know it in our End of the World World-building Showcase. You can find a full list of authors on this hop and topics for all of our showcases on the OWS Cycon website. So, let’s turn things over to my special guest.

Before we dive in to the nitty gritty, what is Hell Bent about?

Hell Bent, PA: Lab Capital of the US. This city is home to a whole host of different types: humans, cyborgs, genetic experiments, magic users… The series itself follows the Malone/Abbot/Taylor/Sangre clan as they deal with threats such as serial killers, antagonistic mages, and arms-dealing cyborgs.

What are the main differences between the “regular world” and the world in which Hell Bent is set?

So, this series is set on an Alternate Earth sort of deal. I haven’t figured out every difference just yet. But the city it’s set in was first created shortly after the passing of George Washington. I had read something about his doctor having wanted to try reviving him. I started playing with the idea of him not only going through with it, but succeeding. From there, the US government began to round up everyone that could be considered a mad scientist. Dumped them off in a patch of land just west of Philadelphia, with the thought that they’d kill each other off. Instead, a society began to form there. And thus, the city of Hell Bent was born.

Also, the prison system is connected to one of the labs. If someone gets arrested for even the smallest of crimes, they’re likely to become an experiment. Sometimes, all it takes is to be homeless. 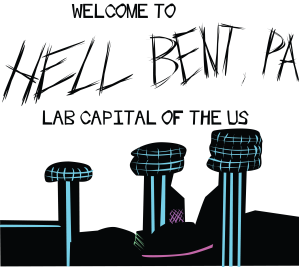 Does language play any role in your world? Does everyone speak the same language, or is there variety? Did you invent any new slang or terminology during your world-building process?

There’s about as much language variety in this world as there is in the one we know.

What kinds of climates do your characters experience? Do they see a lot of change or is it always the same? Has your world always had this kind of climate, or has it changed over time?

They get to deal with the sort of climate one would typically find in New England: on paper, it has your classic spring/summer/fall/winter cycle, switching every few months…but in practice, you can get snow in the middle of April.

Is there any kind of faith system in your world? Did you draw inspiration from any real cultures, living or dead?

No new religions (that I’ve thought of, anyway; something might happen further down the line, though).

What do people in your invented world do for fun? Are there sports, games, music, or other activities they do in their free time?

Some of the usual stuff: reading, poking around online, heading to the park, seeing just how much damage that weird regenerator guy can take…

When you build a world, what is your process like? Do you do a lot of research upfront, wing it completely, or something in between?

Ooh, it’s mostly winging it. At first, all I knew about Hell Bent was the name, the location, its claim to fame, and a couple of street names. It wasn’t until a couple years later that I had a map and a backstory, and I’ve started (but am nowhere near finished with) a small model of the city. I’ll do research where it feels right, but mostly…yep. Winging it.

How central is the setting of your story to the story itself? Is it more of an interesting backdrop, or is it integral to the events of the story?

Not very. It’s definitely more of a (what I hope is) interesting backdrop. Though the setting itself is a contributing factor for why one character’s life sucks.

When helping the reader get to know the world you built, what techniques do you use? Do you tend to be upfront about things, or keep the reader in the dark and feed them only bits at a time?

I usually give pieces as they become relevant.

How much of a role does realism and hard scientific fact play in your world-building? Do you strive for 100% accuracy, or do you leave room for the fantastical and unexplainable in your world?

I’m not too concerned with things being super-realistic. Magic exists within the same space as science, so I’ve definitely got room for the fantastic!

Do you have any specialized training or background from your “real life” that has informed your world-building?

I majored in Illustration in college, so there’s that need to draw parts of it. But other than that…nope.

How do you keep all of the details of your world and characters straight? Do you have a system for deciding on different factors and keeping it all organized, or does it live more in your head?

Did you experience any difficulties while building your world? Any facts that refused to cooperate or inconsistencies you needed to address while editing?

Not with the world itself, exactly. But the personal timelines for a few characters have been a bit…elusive.

Where can people find you on the web?

Alright, thanks for reading! So for more about Hell Bent, you can find these books at the following links.