Well, we’ve wended our weary way through the entire cannon of short stories over the last two posts, and now it is time for the four novels. I have also included some Steampunk adaptations at the bottom for those of you who are feeling inspired to hang with your Holmes-y. (yeah, that was a total groaner). In the fourth and final installment tomorrow I’ll have a gallery devoted to Sherlock Holmes cosplay. (Read Part 1 and Part 2)

Novel: A Study in Scarlet

Dates: First published in Beeton’s Christmas Annual in 1887, and released as a novel in 1888. The story is set in 1881. This was the first appearance of Sherlock Holmes, and it features the first meeting of Holmes and Watson. Though the story did not meet with wide appeal at the beginning, it is now one of the most famous of the Sherlock Holmes tales. 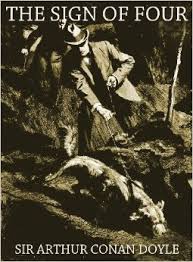 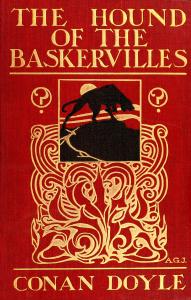 This is my personal favorite Sherlock Holmes story. I also really enjoyed the contemporary adaptation, “The Hounds of Baskerville”, in the BBC’s Sherlock which aired in 2012. I don’t put this series into the Steampunk category, but I am a huge fan of this contemporary re-imagining of the character and stories. 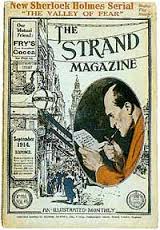 Novel: The Valley of Fear
Dates: First published as a serial in The Strand from 1914-1915, and later compiled into a novel.

Steampunk Adaptations and References in Other Media: