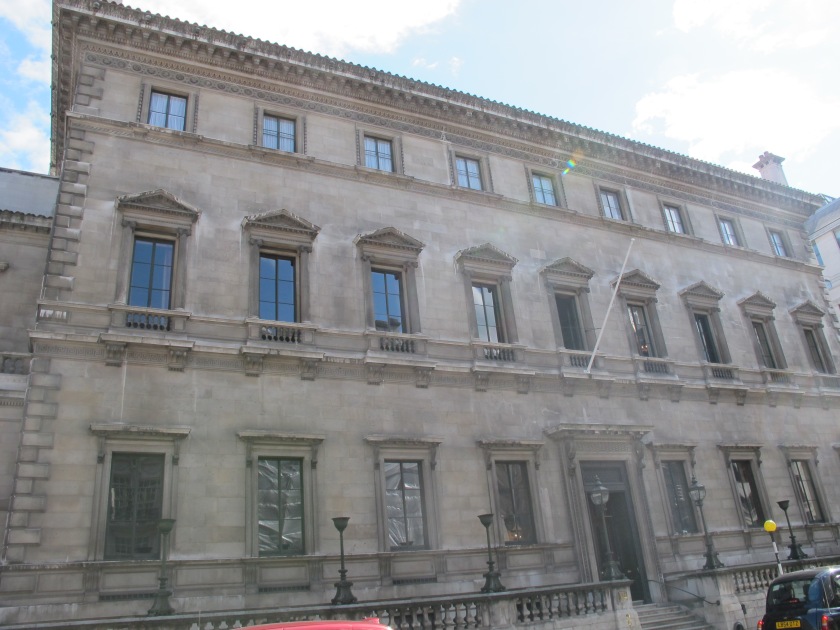 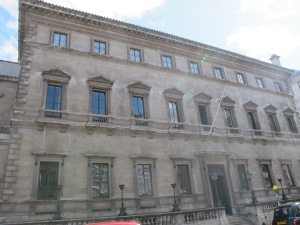 If you have heard of this site, it is probably because of Around the World in 80 Days. Phileas Fogg’s journey began at The Reform (as it is colloquially named) over a game of cards, and ended in dramatic fashion on the same spot. The Reform was also featured in politically-minded novel entitled Phineas Finn, which was released as a serial by notable Victorian author Anthony Trollope from 1867-1868.

The club was founded in 1832 as a liberal bastion for people to exchange radical ideas in response to the conservative Whig Party that had held power in London for decades. For many years it was the unofficial headquarters for the Liberal Party, and boasts a huge library filled with contributions from its members. Unfortunately, the inside of the club is off-limits to non-members except for select groups that can visit during a special architectural festival in September, and the exterior is nothing special. But, you can see a few photos of the interior on their website.