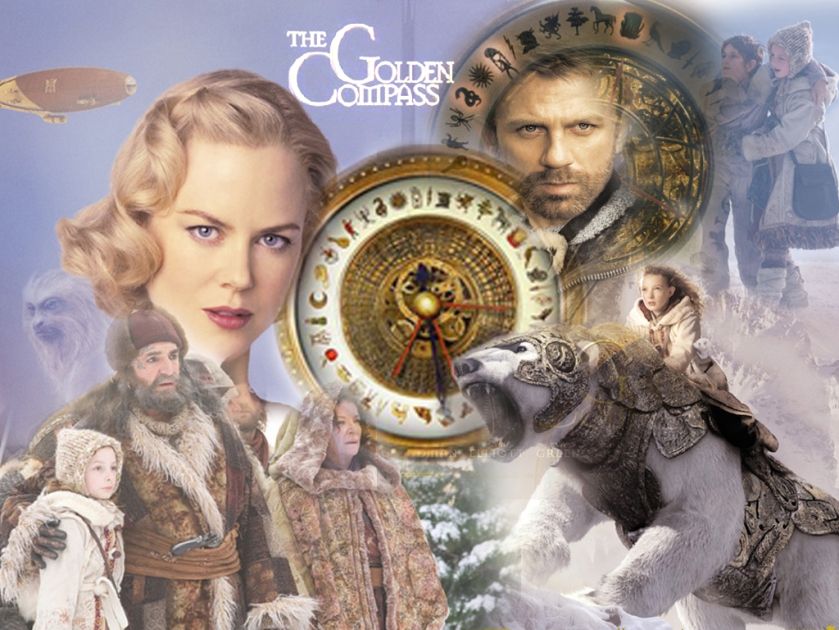 For die hard fans, His Dark Materials (known as the Golden Compass trilogy in the US), wouldn’t technically fit into the definition of Steampunk.

The series is set in the present/near future so steam power is a thing of the past and the story has nothing to do with Victorian England or an alternate history, but the parallel universe Lyra Belacqua inhabits has some decidedly Steampunk elements to it. The images in this post are all from the 2007 film release of The Golden Compass. 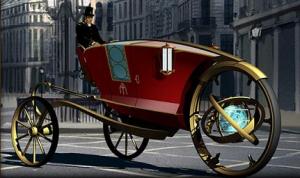 First, England gets “punked.” Lyra lives at Jordan College within Oxford University, which doesn’t exist in our universe. She later travels to an alternative London with dirigibles floating over head and horseless hansom cabs, apparently their answer to the automobile.

The spaces that she inhabits in while in the power of the evil Mrs. Coulter remind me a lot of the work of Alfonse Mucha (1860-1939).

There are also so some fun alternative technologies, for instance, a projector (which they call a spirit projector) that uses glassy orbs to create 3D, moving images of of the mysterious Dust (which is basically powdered sentience). The bad guys also employ “spy flies” which are clockwork insects “with a bad spirit pinned to it” and sent to locate Lyra and her band.